The Doge’s Palace in Venice counts as a masteripiece of Gothic architecture. The structure, composed of layers of building elements and ornamentation from its 14th and 15th century origins to the significant Renaissance and Mannerist adjunctions, underline its high value for the history of art.

But what’s the story behind the Venetian building and architecture? What has happened at this important Palace in the past few centuries?

In 810, Doge Angelo Partecipazio moved the seat of government from the island of Malamocco to the area of Rivoalto (the present-day Rialto), when it was decided the Palazzo Ducale should be built, however, no trace remains of that 9th century building.

In the 10th century, the Doge’s Palace was partially destroyed by a fire. Doge Ziani counts as a great reformer. Under him the Palace was rebuilt. He radically changed the layout of the entire St. Mark’s Square area. Two new structures were built for his palace: one facing the Piazzetta – to house courts and legal institutions – and the other overlooking St. Mark’s Basin – to house government institutions. These new palaces had all the Byzantine-Venetian architecture characteristic features, but unfortunately, only few traces of this period are left today.

At the end of the 13th century it became necessary to extend the palace once more. Political changes in 1297 led to a significant increase in the number of people who had the right to participate in the legislative assembly meetings. The works, which would result in the building that we can see today, started around 1340 under Doge Bartolomeo Gradenigo (1339-1343) and concerned mostly the side of the palace facing the lagoon. In 1365, the Paduan artist Guariento was commissioned to decorate the east wall of the Great Council Chamber with a large fresco, while the room’s windows works were done by the Delle Masegne family. The Great Council met in this chamber for the first time in 1419.
Only in 1424, Francesco Foscari was Doge (1423-1457) decided to continue the renovation works on the side of the building overlooking the Piazzetta San Marco. The new wing was designed as a continuation of that overlooking the lagoon: a ground-floor arcade on the outside, with open first-floor balconies running along the façade and the internal courtyard side of the wing. The vast Sala dello Scrutinio, formerly the Library, was built at the same floor as the Great Council Chamber, and its large windows and the pinnacled parapet took up the same decorative motifs as had been used previously. The Piazzeta’s façade was completed with the construction of the Porta della Carta, a work by Giovanni and Bartolomeo Bon. Works on the other wings of the Palace would not come until later. These would start with the construction of the Foscari entrance beyond the Porta della Carta, culminating in the Foscari Arch. This work was not completed until Doge Giovanni Mocenigo’s time (1478-1485).

The prisons and other 17th century works: Until then, the Doge’s Palace housed not only the Doge’s apartments, the seat of the government and the city’s courtrooms, but also a jail. It was only in the second half of the 16th century that Antonio da Ponte ordered the construction of new prisons, built by Antonio Contin around 1600, which were linked to the Doge’s Palace by the Bridge of Sighs. This transfer of the prisons left the old space on the ground floor of the palace free, and at the beginning of the 17th century works began to restructure the courtyard. A colonnade was created in the wing that houses the courtrooms similar to that of the Renaissance façade, while on the inner side a marble façade was constructed alongside the Foscari Arch, decorated with blind arches and surmounted by a clock (1615), a design by Bartolomeo Manopola. The palace after the fall of the Venetian Republic The Doge’s Palace was the heart of the political life and public administration of the Venetian Republic. Therefore, when the Republic fell in 1797, its role inevitably changed. Venice was firstly subjected to French rule, then to Austrian, and ultimately, in 1866, it became part of a united Italy. Over this period, the Palazzo Ducale was occupied by various administrative offices and housed important cultural institutions such as the Biblioteca Marciana (from 1811 to 1904). By the end of the 19th century, the structure was showing signs of decay and the Italian government set aside significant funds for an extensive restoration. Many original 14th century capitals were removed and substituted and the originals now form the collection in the Museo dell’Opera. All public offices were moved elsewhere, with the exception of the State Office for the Protection of Historical Monuments, which is still housed in the building, but under the current name of Superintendence of the Environmental and Architectural Heritage of Venice and its Lagoon. In 1923, the Italian State, owner of the building, appointed the City Council to manage it as a public museum. In 1996, the Doge’s Palace became part of the Civic Museums of Venice network. 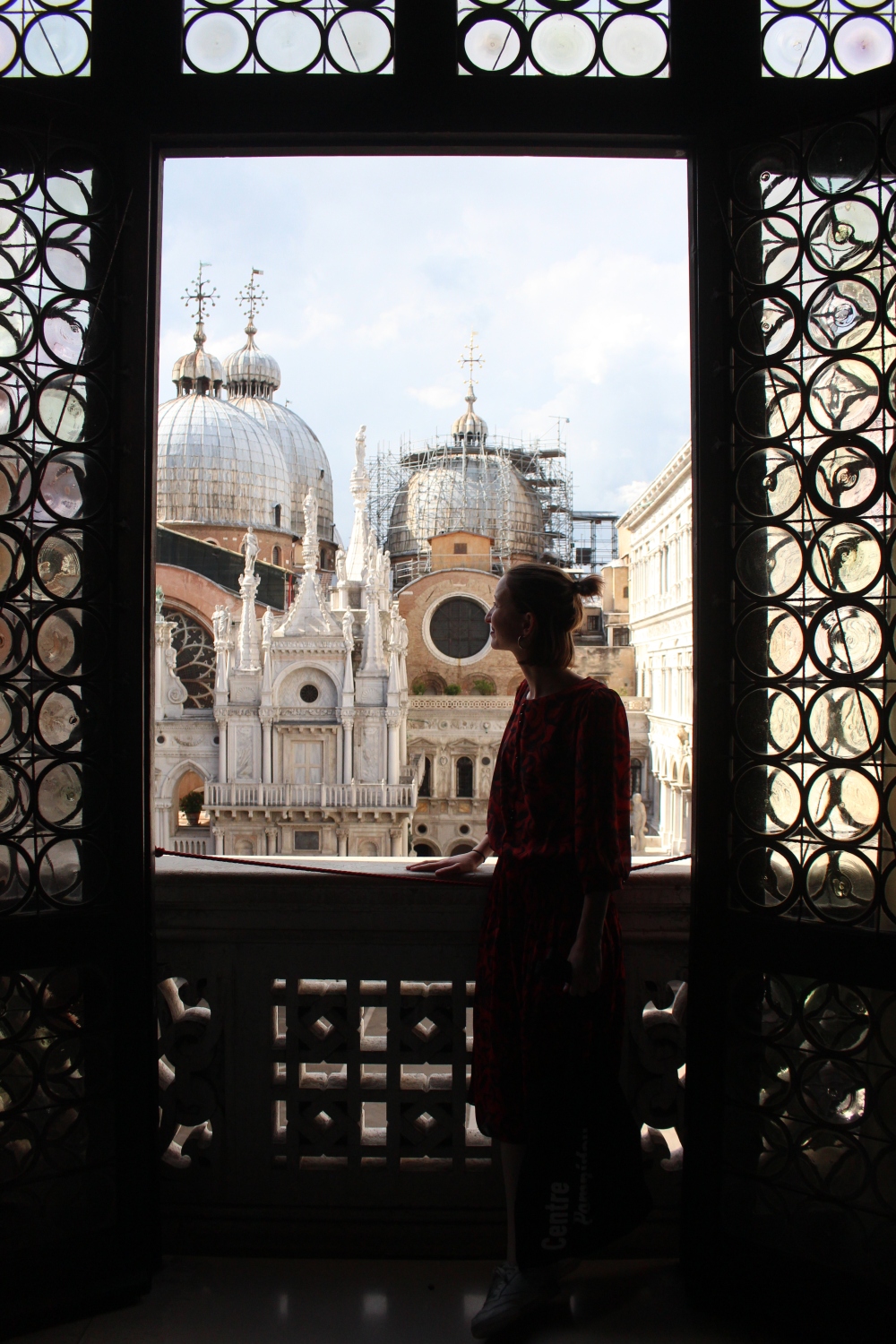 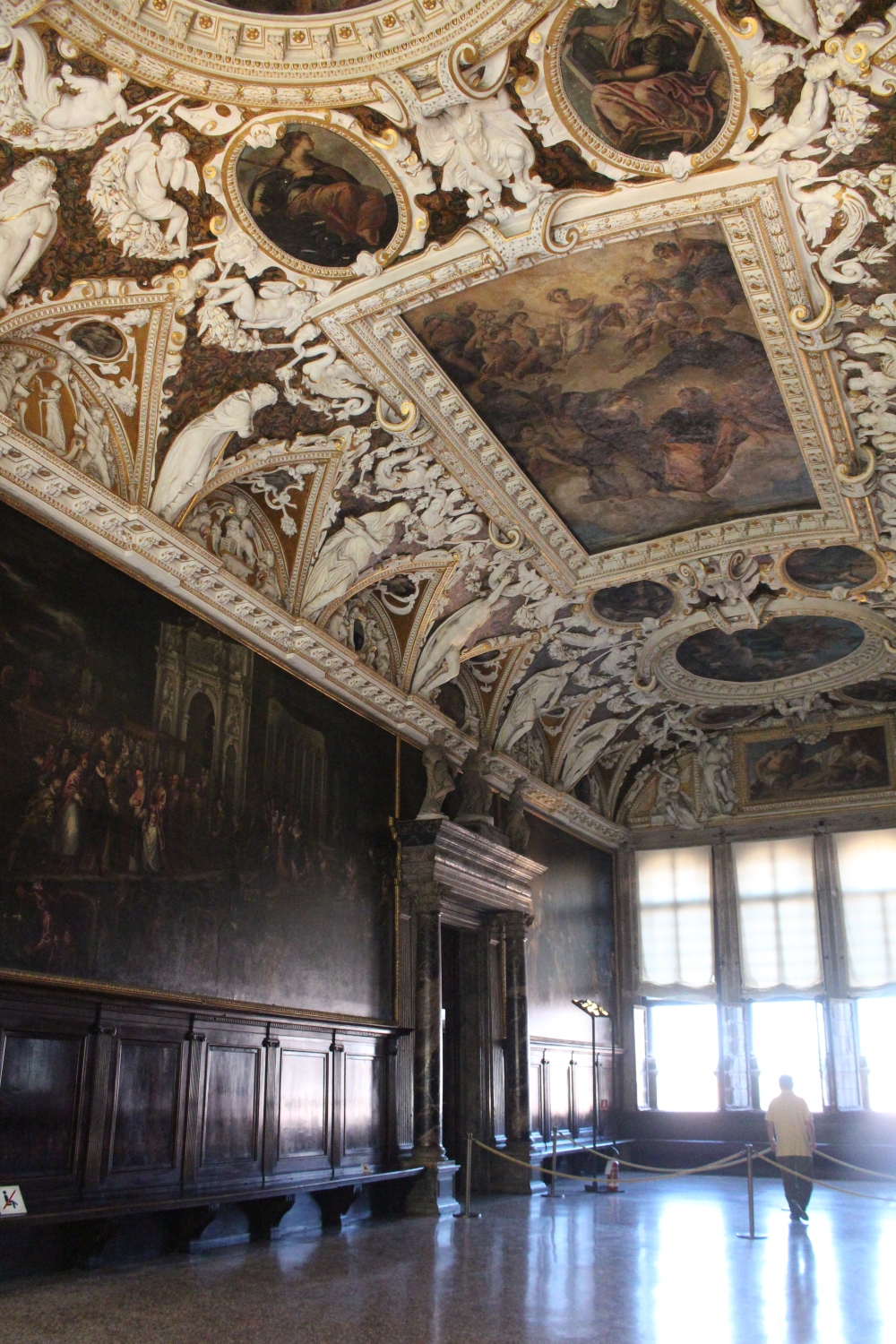