Behind the doors of the historic Florentine Palazzo della Mercanzia lies a creative paradise. The palace which used to house the “Gucci Museo”, has recently been transformed into “Gucci Garden” – a project conceived by creative director Alessandro Michele. The newly designed space features a store with one-of-a-kind items, the Gucci Osteria da Massimo Bottura and the Gucci Garden Galleria exhibition, curated by critic and head of the BA degree course in Fashion Design and Multimedia Arts at Iuav University in Venice, Maria Luisa Frisa.

Gucci Garden pays hommage to Florence as the cultural center of Italy and Europe, especially during the Renaissance. All under one roof you will find high fashion, as well as visual arts and fine gourmet food.

The ground floor Gucci Boutique stocks products exclusively designed for the Gucci Garden and not on sale in any other Gucci stores. Products such as shoes and bags in special materials, and one-of-a-kind silk bombers embroidered with the Gucci Garden Gothic script will all feature a distinctive Gucci Garden label and come in packaging exclusive to the bazaar-like boutique. You will also find a selection of innovative art magazines and publications, and a collection of books–both current niche titles and antique classics.

Also on the ground floor is a fancy restaurant by Michelin Star Chef Massimo Bottura. Gucci Osteria is offering a menu of iconic Italian dishes as well as conceptual twists on classics for the all-day dining venue.

The Gucci Garden Galleria occupies the first and second floors of the Palazzo and tells the story of the house via an exhibition including clothing, accessories, video installations, artworks, documents and artefacts.

Furthermore, Gucci Garden Galleria is a place combining the real with the imaginary. It’s the presentation of a vision that embraces history, objects, anecdotes and geography all at the same time. In a series of rooms a story unfolds, beginning in 1921 and arriving at the present day, ready to be reactivated in a constellation where the past meets the present. Gucci Garden Galleria is also a laboratory where the elements that have built up Gucci’s mythology over time can be observed.

Two rooms in the Galleria which resemble museums of natural history, explore Alessandro Michele’s penchant for the iconography of animals and gardens. The displays of clothing, accessories and objects show how his interest has been fuelled by the fact that these motifs have been part of the Gucci narrative since its inception, and how they have always informed the design pendulum at the House, expressed in a manner that swings between the natural and the hyper-artificial. Nature bursts out in these rooms, as seen with the 1960s drawings of Vittorio Accornero showing dense floral bouquets and insects, just like with the modern Gucci Tian motif.

Back in time with Gucci: From the 1920s to the present

The double G has been, for generations, one of the most charismatic monograms, and was inspired by the initials of the founder, Guccio Gucci. It quickly appeared on suitcases and travel bags, which were the first products that the leather manufactory Gucci had produced back in the 1920s.

In the Gucci Garden Archive you will find vintage bags, suitcases, hatboxes, beauty cases, trunks, and luggage hinting at cosmopolitan traveling – a jet-set lifestyle which right from the outset defined the core of Gucci’s clientele. The lift-boy in uniform wearing a drummer-boy’s cap, a character often immortalised by Hollywood cinema, becomes a heraldic element and is engraved on the brass plates which appear inside Gucci luggages in the 1930s.

Twenty years later, the lift-boy got replaced by a knight in armour carrying his suitcase. Thus, the Florentine Middle Ages merge with stylish contemporary life. A wall-storage display exhibits objects made of extraordinary materials, unusual sizes and shapes as well as a narrative comment on the idea of the journey and its transformation over time.

The fabrics were interpreted in various ways and presented alongside unpredictable combinations with the two metal Gs, set against one another or turned upside down.

The brand was changing and received a touch of punk character, introduced by the stylist Simon Foxton. Its symbolism is ubiquitous, to the point of appearing on the hip hop scene from the mid 1980s. This was just one of the many form in which the brand’s wide-ranging inspiration was manifested in pop culture.

Today, the subversive practices of artists like Trevor Andrew have become part of Alessandro Michele’s imaginary vocabulary, which is enriched by words such as “Guccification” promising a new story and a manifesto for both the brand and for our time.

Without any doubt, the Gucci Garden expresses a love of hand-work and craftsmanship that echoes the Palazzo’s mercantile origins and the brand’s history of artisan workmanship. Half of the 8€ ticket price for the Gucci Garden Galleria will be donated to support restoration projects in the city of Florence.

Don’t miss this creative paradise in the heart of Florence! 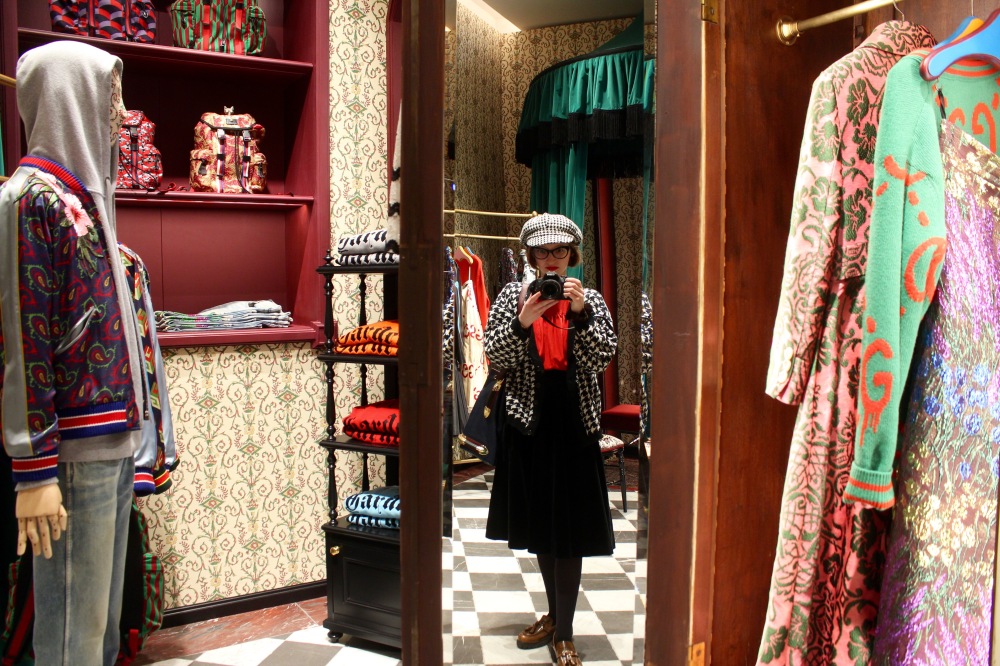 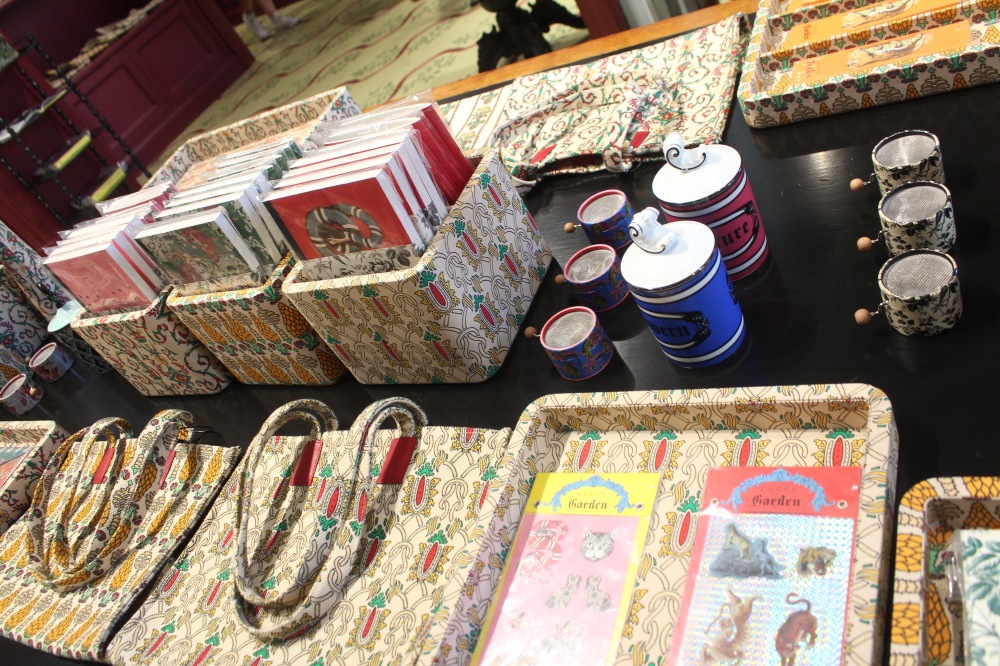 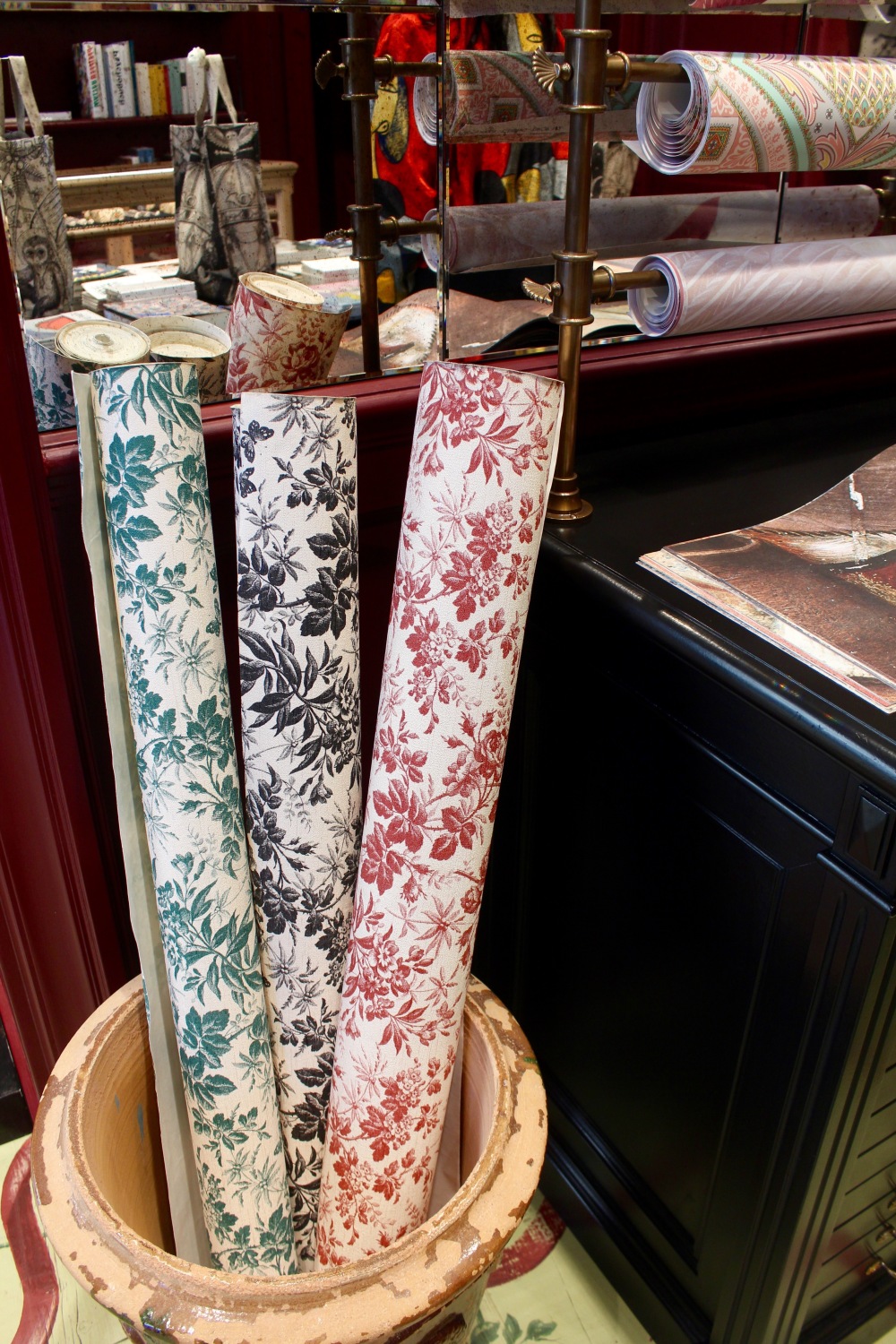 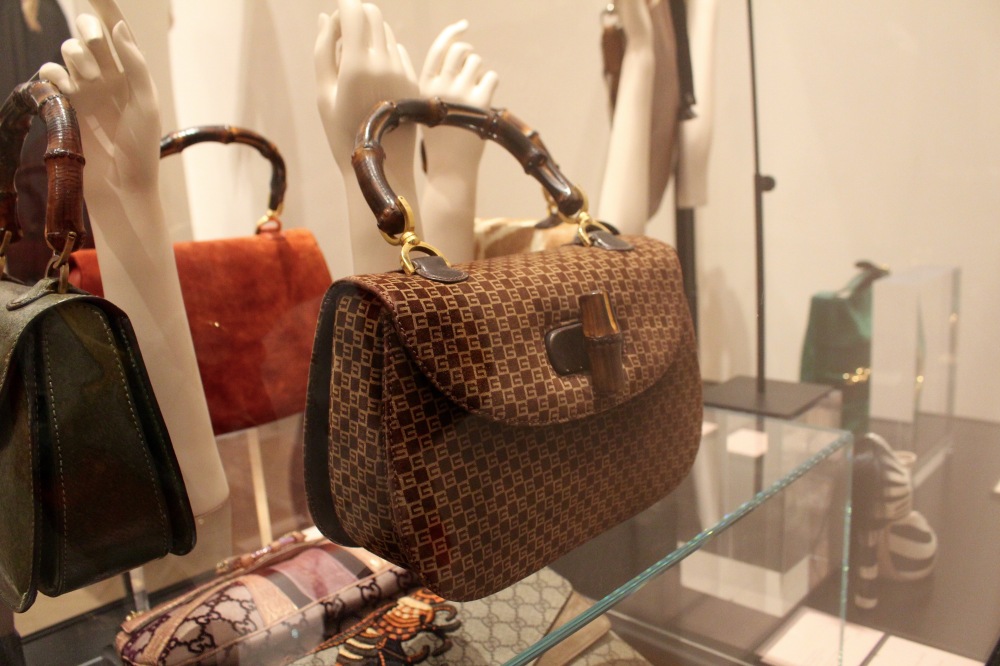 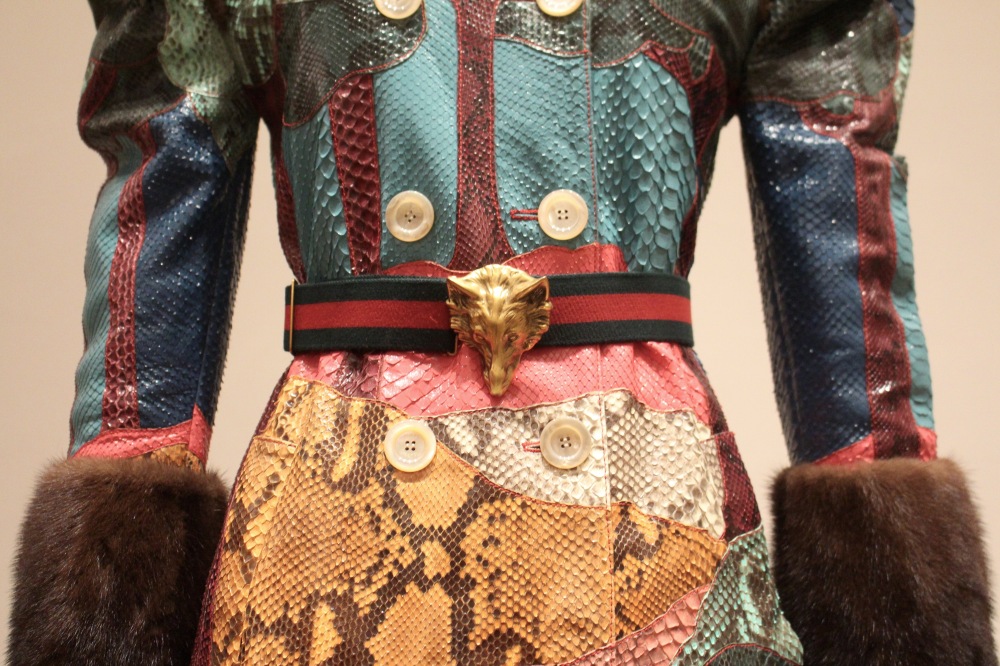 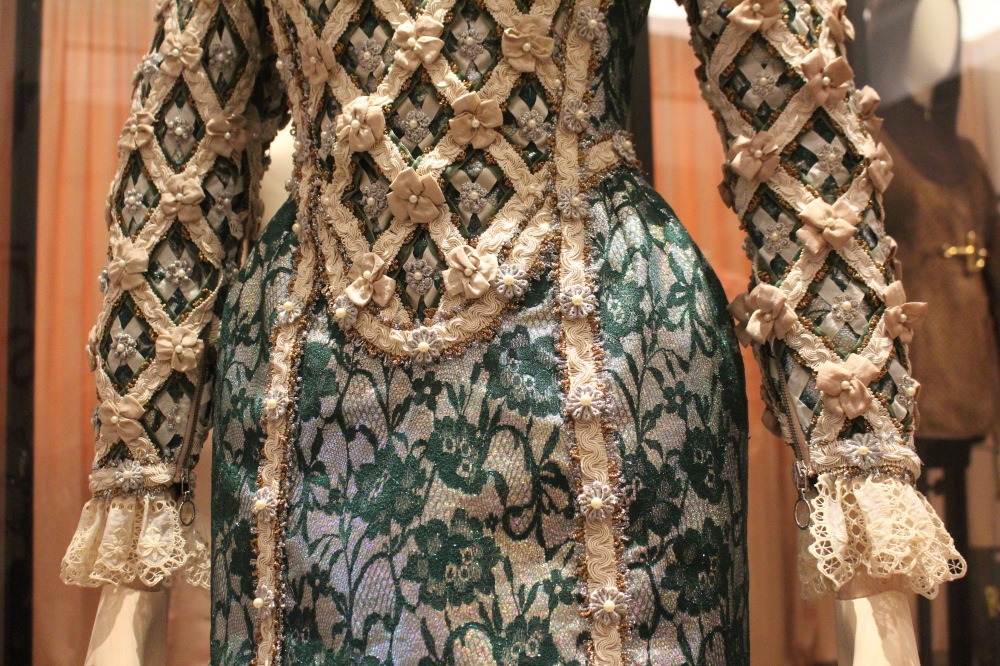 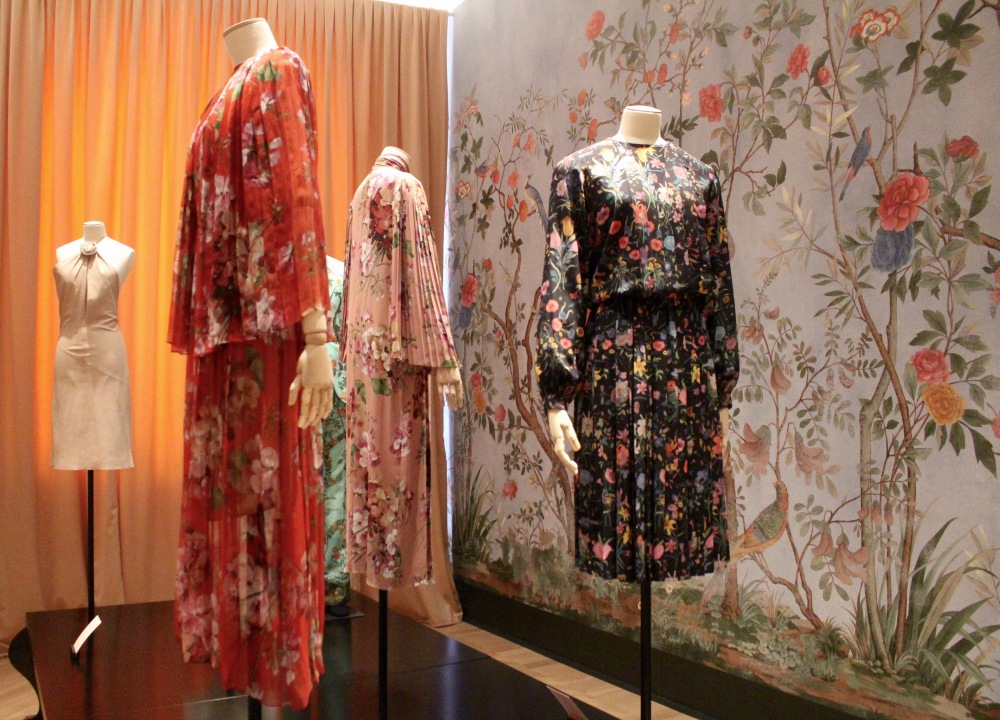 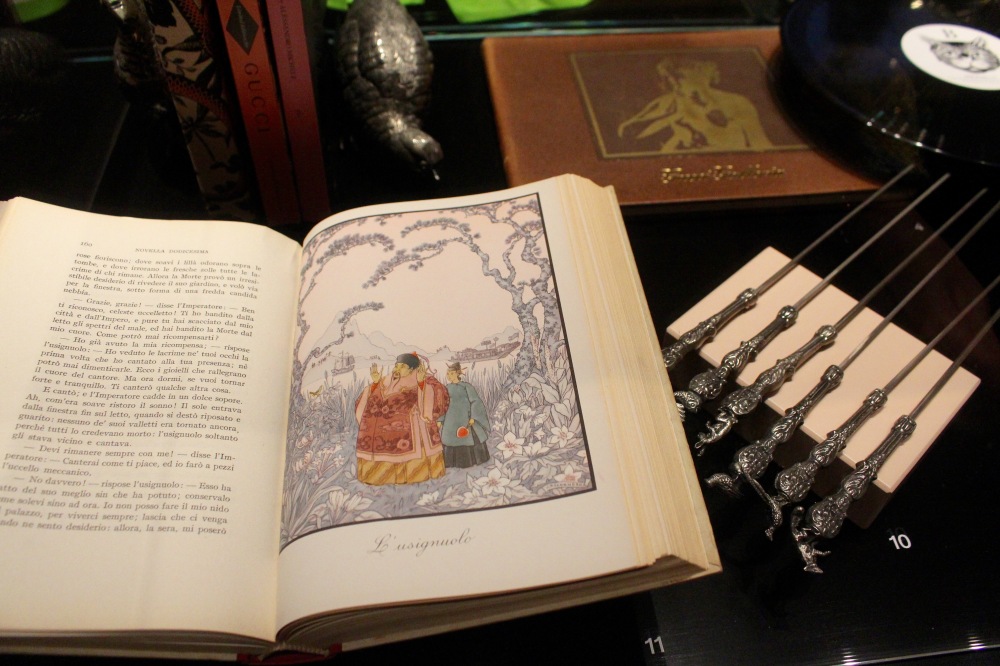