Entering the breath-taking Yves Saint Laurent palace at the near-midnight hour brought me to a once-in-a-lifetime experience. It pretty much felt like entering a couture paradise as a client and lover of fashion back in the 1970s.

On the ground floor were the salons where clients were received for fittings following the presentation of each collection. The director of the salons managed a team of saleswomen and welcomed clients. Each client had a personal saleswoman who oversaw the fittings that were needed before the final made-to-measure garment was delivered. Fashion shows were also held in these rooms up until 1976.

But let’s first take a look at the rich and interesting history of Yves Saint Laurent.

In 1962, Yves Saint Laurent, along with his partner Pierre Bergé, opened his own haute couture house at 30 rue Spontini in the 16th arrondissement of Paris. Later, in 1974 they moved to the hôtel particulier in 5 Avenue Marceau. The idea to create a patrimony first arose in 1964 when Yves Saint Laurent decided to archive certain designs after each show. This legacy composed of thousands of designs and documents related to their creation remains unequalled in the fashion world.

The display focuses on both the couturier’s creative genius and the process of designing a haute couture collection. Beyond its monographic ambitions, the museum seeks to address the history of the twentieth century and the haute couture traditions that accompanied a way of life that no longer exists.

The museum exhibits a unique selection of approximately fifty haute couture designs throughout its entire exhibition space. Most of Yves’s signature looks were borrowed from menswear, containing the same cut, comfort and practical aspects in a way that combined simplicity and elegance.

In addition to the main themes that shaped the couturier’s body of work, the new display explores two of Yves Saint Laurent’s major creations: his well-known Mondrian dresses (autumn-winter 1965) and the gowns made in collaboration with the artist Claude Lalanne (autumn-winter 1969).

For its new display, the Musée Yves Saint Laurent Paris devoted a considerable part of its exhibition space to the 1965 A/W collection in order to examine its legacy beyond the history of fashion. These dresses subsequently alter the connection between fashion and art by transforming a painting into an animate work of art. By asserting his desire to confront the principal artists of modernism, Yves Saint Laurent helped to popularize the Dutch painter, who was not widely known at the time. The Mondrian dresses were so successful that they were heavily copied, especially in the United States. These iconic dresses have now become a part of popular culture and have been reinterpreted by contemporary artists, some of whose works, for instance those of Nicolas Saint Grégoire, who’s exhibited as part of the display.

At the heart of 5 Avenue Marceau lies the studio (where Yves worked for nearly thirty years). The room is a bright, quiet, neutral space with a mirrored wall. This is where sketches were given to the chefs d’ateliers, who first produced a “toile” (first version of the final proportions, cut and silhouette). Once the toile was approved, the fabrics were selected. The couturier then studied the model’s reflection in the mirror, which offered a distance for evaluating a garment. This setting offered a sense of atmosphere that has been used for fashion show preparations.

Yves Saint Laurent explored the history of fashion through his varying designs. He transformed antique togas worn by vestals into draped evening gowns. Yves was also inspired by Renaissance dresses made of precious fabrics embroidered with golden thread, 17th century gowns displaying the opulence of the royal court and 19th century crinolines. His design creations marked the 20th century and reflected the social changes ranging from the “roaring twenties” to the retro style of the 1940s. 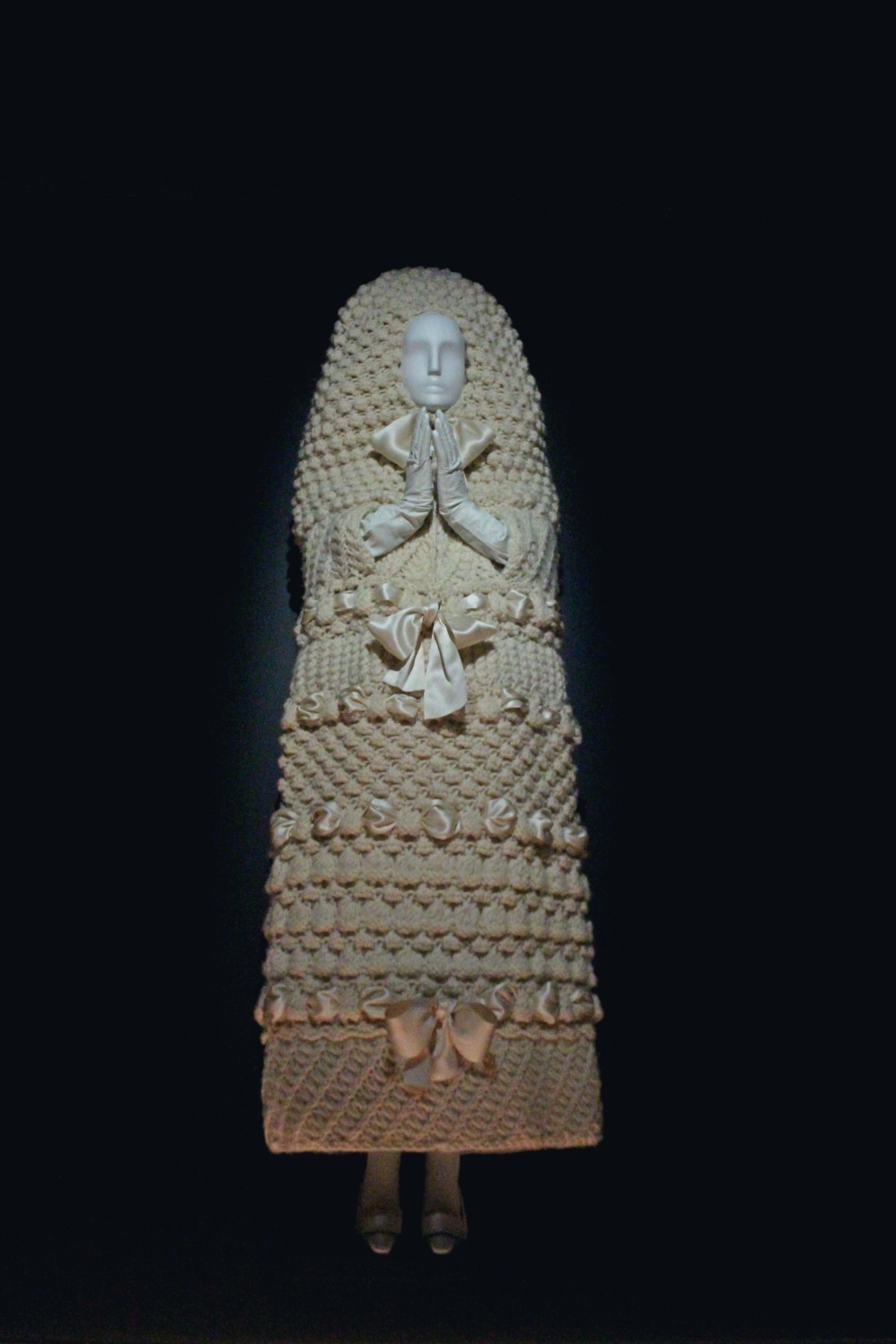 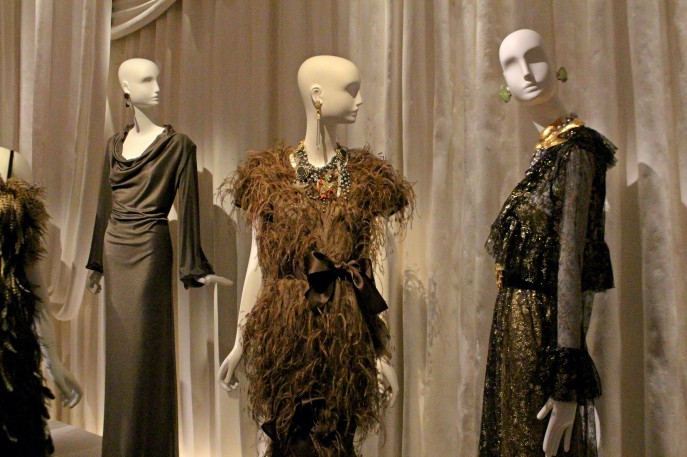 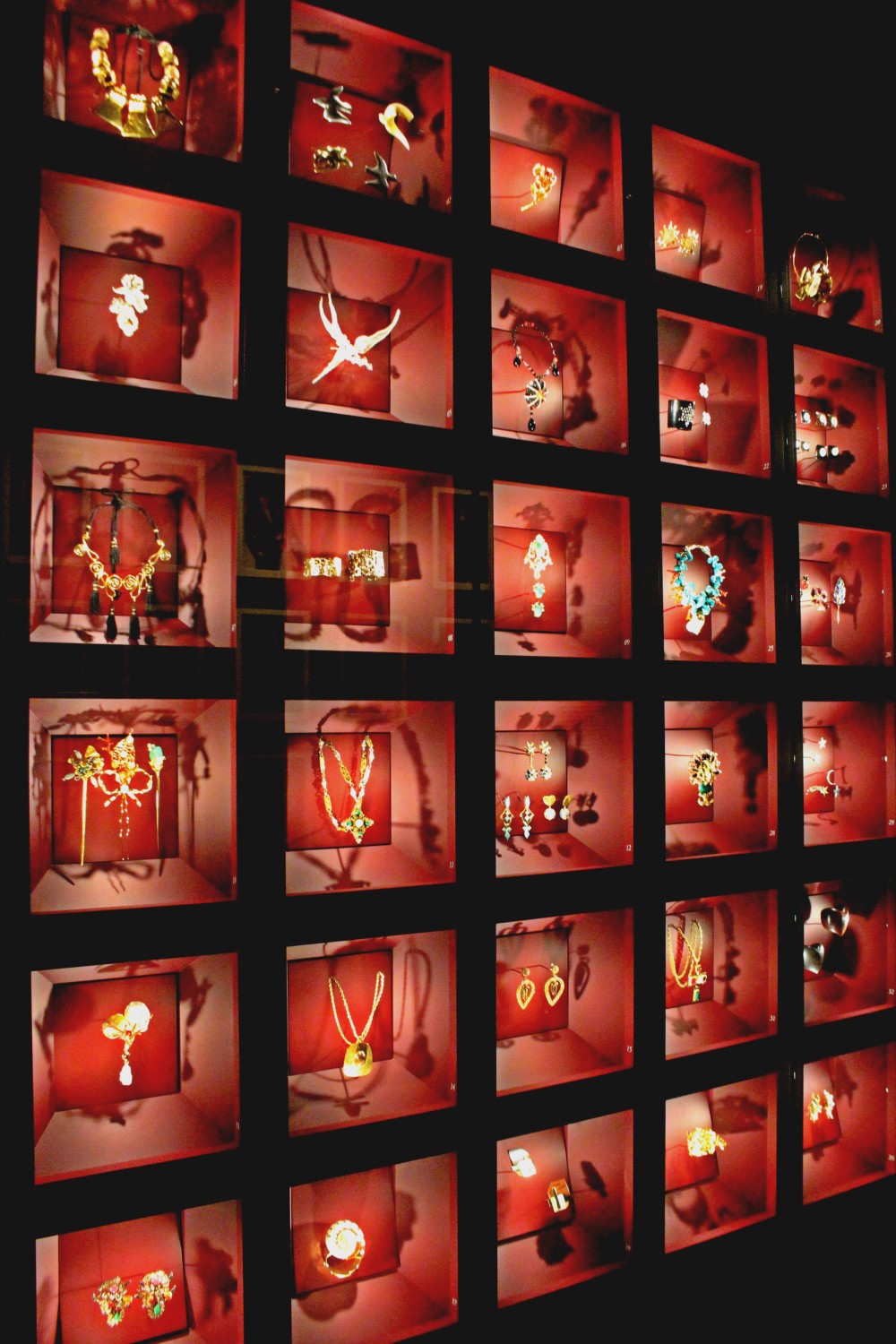